Here's the thing: mushrooms are definitely nutritious, but they're also just darn tasty. Sauté up some onions and mushrooms in a little butter with a sprinkling of salt and try to deny it.

And apart from foraging for them yourself (please don't do this unless you're properly trained!), There's really no reason to eat less of them. So go for it. Mushrooms don't need to be some kind of superfood that staves off brain plaque or protects your cells from cancer for it to be a good idea to eat more of them.

Remember: no one food is going to make or break your diet. Enjoy some mushrooms if you like, and don't worry about it if you don't. 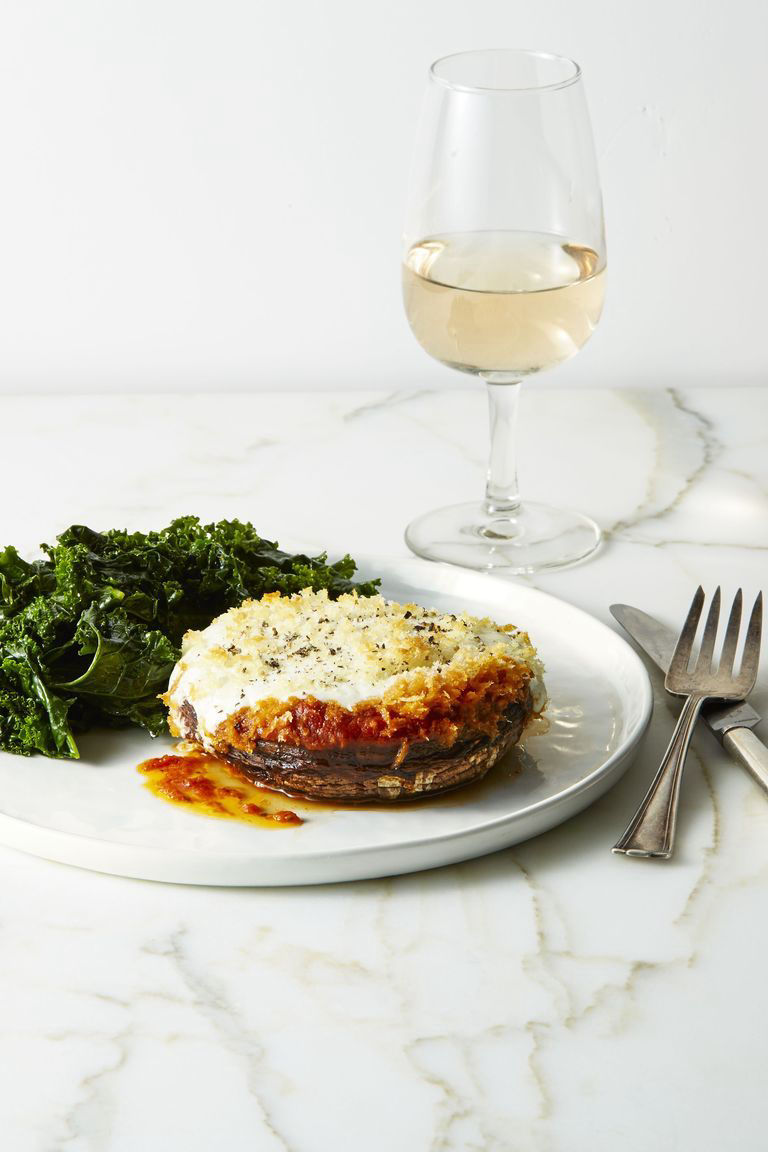 The Health Benefits of Mushrooms

Mushrooms may help keep you young.

Mushrooms contain a super-high concentration of two antioxidants, ergothioneine and glutathione, according to a 2017 Penn State study. When these antioxidants are present together, they work extra-hard to protect the body from the physiological stress that causes visible signs of aging (translation: wrinkles

Mushrooms can protect your brain as you age.

Those two aforementioned antioxidants (ergothioneine and glutathione) may also help prevent Parkinson's and Alzheimer's, the Penn State researchers say. They recommend eating at least five button mushrooms per day to reduce your risk of neurological illness in the future. Cook the 'shrooms to best preserve their nutritional benefits, either by microwaving or grilling.

Mushrooms may boost your memory.

Another mental mushroom-related benefit: Researchers at the National University of Singapore found that eating two 3/4 cup servings of cooked mushrooms per week may reduce your odds of mild cognitive decline in a 2019 study.

Mushrooms can assist in strengthening your bones.

At the supermarket, grab a package marked "UVB". How come? UVB-labeled mushrooms have been exposed to UVB light, and therefore have converted a compound called ergosterol directly into vitamin D.

This means by eating just 90 grams of UVB-exposed mushrooms, you've met your daily vitamin D requirement and given your bone health a leg up.

Mushrooms will help give you energy.

Mushrooms are rich in B vitamins: riboflavin [B2], folate [B9], thiamine [B1], pantothenic acid [B5], and niacin [B3]. These help the body utilize energy from the food we consume and produce red blood cells, which carry oxygen throughout the body.

Several other minerals that may be difficult to obtain from a vegan diet — such as selenium, potassium, copper, iron, and phosphorus — are available in mushrooms.

Mushrooms may boost your memory.

Another mental mushroom-related benefit: Researchers at the National University of Singapore found that eating two 3/4 cup servings of cooked mushrooms per week may reduce your odds of mild cognitive decline in a 2019 study.

The choline in mushrooms can help with muscle movement, learning, and memory. Choline assists in maintaining the structure of cellular membranes and plays a role in the transmission of nerve impulses.

Mushrooms and the Health of Our Planet

Mushrooms are good for you. And they’re also good for our planet. As world-renowned mycologist Paul Stamets discusses, mushrooms can potentially solve some of our most pressing and serious problems.

In his wildly popular TED talk, he explains how they can:
Clean up oil spills all over the world,
absorb farm pollution, fight off smallpox, flu viruses and
combat insects.

Create rich environments for farms and new forests, and
become a sustainable fuel source for the future.

Watch this fascinating video to discover more about how mushrooms can help to save the world.

Another fascinating thing about mushrooms is that they are part of nature’s recycling system. If mushrooms didn’t exist, neither would plants. Because mushrooms and mycelium break down rocks and organic matter, turning them into soil that provides the basic structure for nourishing plants.

But what mushrooms are best known for and researched is their apparent cancer-fighting powers. Mushrooms contain a class of proteins called lectins, which are able to bind to abnormal cells and cancer cells and label the cells for destruction by our immune system. According to a 2016 article published in Molecules:

Breast cancer is the second most common cancer among American women. So scientists have done a lot of research about the activities mushrooms possess against breast cancer.

In one amazing study of 2,000 women conducted by researchers from the University of Western Australia in Perth, women who consumed at least a third of an ounce of fresh mushrooms every day were 64% less likely to develop breast cancer. 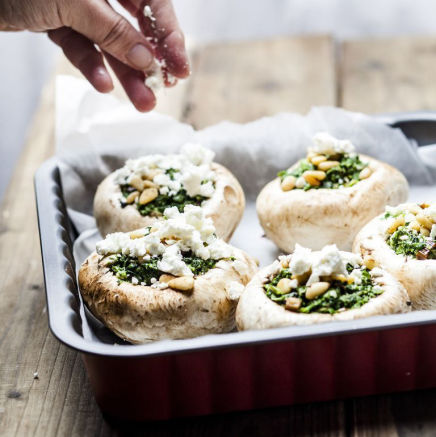 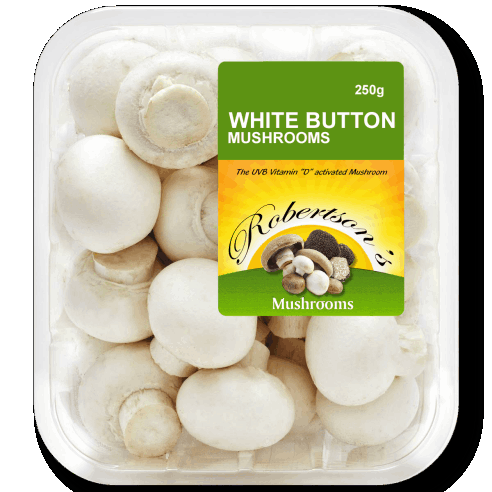 White and brown mushrooms are sold in 250g. punnets.
These are packed 20 punnets per carton 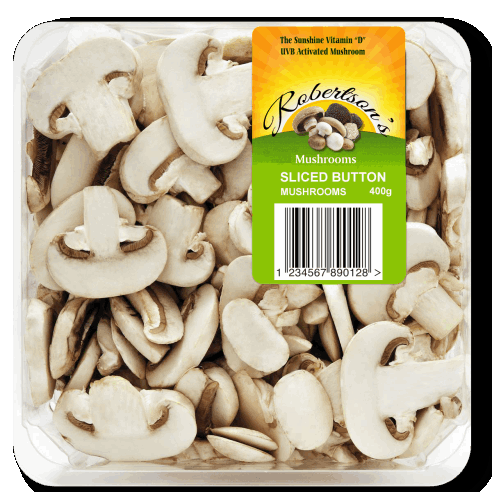 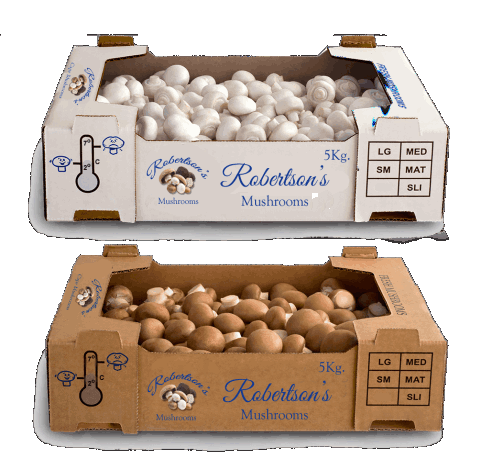 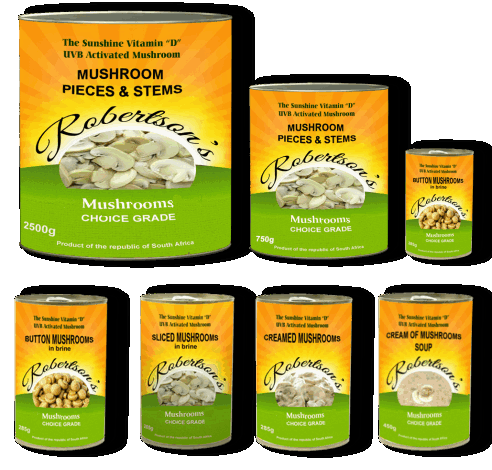 A Range of Canned Products

Canned mushroom in various styles and sizes 285g, 450g, 750g and 2.8Kg for the catering trade will be availble.

Robertson's  Mushrooms was founded in January 2020
To develop a new and ultra efficient mushroom production unit which
will effectively lower the cost price of mushrooms.
Robertson's Mushrooms is founded by:
Mr. Mark Robertson and Mr. Joe Khan. 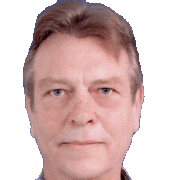 Mark Robertson:
Is an experienced mushroom grower having been born into the industry.
Mark handles the operational and technical aspects of the business 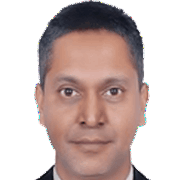 Joe Khan:
Mr Khan handles the marketing and commercial side of the operation.

Back to top of page